Associated Press to Get First Dibs on NY DFS Decision 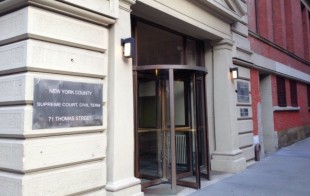 Stopping by the Courthouse on 71 Thomas Street in New York City all was quiet our intrepid reporter Jeff Williams observed Friday, but that was hardly the case this past Wednesday when hoards of reporters and other observers packed inside the relatively small space during a hearing to determine the fate of Daily Fantasy Sports in New York State.

“The volume of attendees was unprecedented,” the Court officer told Williams, who himself has never seen court hearings teeming with this many people.

The Honorable Judge Manuel Mendez presided over the matter as state Attorney General Eric Schneiderman insists that what DraftKings and FanDuel offer is nothing more than illegal gambling disguised as fantasy sports.

Schneiderman’s office demanded both companies stop operating in New York.  But Mendez himself seemed perplexed as to why fantasy sports, which is legal under federal law, would be any different than Daily Fantasy Sports or DFS, aside from the obvious season long versus daily or weekly formats.

Williams was advised by the Honorable Judge Manuel Mendez's chambers Monday that no decision is likely in determining DraftKings and FanDuel's ability to operate in New York State until midweek the earliest.

One thing we do know is that DFS911.com will not be breaking this news once his decision has been rendered.  We were advised that the Associated Press does have first dibs to this story.