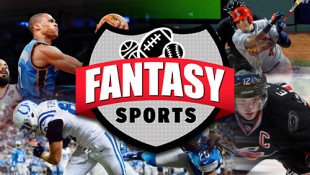 The Fantasy Sports Trade Association (FSTA), seemingly caught off guard by the events of recent weeks confronting the Daily Fantasy Sports industry, is now calling for self-regulation after a handful of state Attorney Generals have launched their own investigation into possible improprieties that include allegations of insider trading and the close association to illegal gambling.

Pundits argue that the development of a self-regulatory body is unlikely to halt any investigations by state authorities and commissions, especially considering the almost incestuous relationship between the FSTA and the two leading DFS firms, DraftKings and FanDuel.   The trade organization itself has been ordered by the New York State Attorney General’s office to turn over meeting notes involving DraftKings.

Nigel Eccels, co-founder of FanDuel, admitted this week that government regulation may be the way to go, suggesting a bill introduced in Illinois this week could serve as the model for other states looking at how to handle the industry.   It would also specifically exempt Daily Fantasy Sports from current gambling legislation that only mentions a fantasy sports exemptions, presumed to apply only to season-long contests up to this point.

Illinois State Representative Mike Zalewski formally introduced the “Fantasy Contests Act” in the legislature and it is thus far gaining plenty of traction among industry analysts.

“There’s a reason we see FanDuel and DraftKings advertising so frequently during Sunday football and other major sporting events, and why policymakers here and around the country are paying close attention,” Zalewski said in a press release announcing the bill. “We need a thorough debate over how to best provide this popular entertainment and protect players in Illinois, and my hope is this is a good framework to jumpstart that debate as we head into 2016. We have a chance here to put Illinois at the forefront of a new and emerging technology and to encourage responsible innovation, rather than stifle it.”

“Fantasy sports are growing in popularity, and we want to be sure we provide a framework that allows them to continue to succeed and grow while ensuring they are run to the right standards to protect players,” said state Sen. Kwame Raoul, who will sponsor the legislation in the Senate. “We need to know that fantasy sports organizations are providing their entertainment responsibly, just as we ask of all companies doing business in Illinois.”

Concerns about the legality of Daily Fantasy Sports came to a head last month after it was revealed that a DraftKings employee had won $350,000 playing at a FanDuel contest.  It was believed the employee may have had access to key data showing player percentage ownership, thus providing him with a huge edge.  DraftKings and its legal counsel deny any wrongdoing.