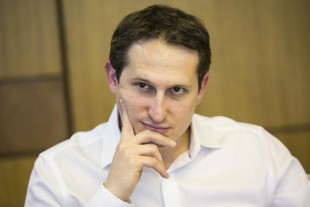 DraftKings CEO Jason Robins will be making an appearance on ESPN’s “Outside the Lines” to discuss the New York State Attorney General’s decision to ban his company and FanDuel from taking bets there.  The show will air at 1:30 pm EST.

DraftKings called the cease and desist order issued by New York Attorney General Eric Schneiderman on grounds that the company is engaging in illegal gambling "hasty and uninformed" and said it was prepared to mount a legal challenge so the company could continue operating in the state.
"We will pursue this fight to the fullest to ensure that New York fantasy sports fans do not need to stop playing," DraftKings said in a statement on Wednesday.
Robins will most certainly talk further about the future of the Daily Fantasy Sports sector moving forward as well as what’s in store for his own company.