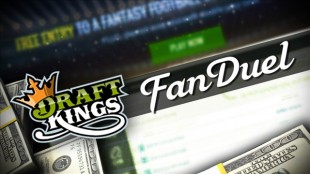 Daily fantasy sports sites FanDuel and DraftKings are prepared to fight in court against New York state's top prosecutor, who said that they were running illegal gambling operations and ordered them to stop taking bets in the state.

DraftKings called the cease and desist order issued by New York Attorney General Eric Schneiderman on Tuesday "hasty and uninformed" and said it was prepared to mount a legal challenge so the company could continue operating in the state.

"We will pursue this fight to the fullest to ensure that New York fantasy sports fans do not need to stop playing," DraftKings said in a statement on Wednesday.

In addition, DraftKings and FanDuel began mobilizing hundreds of thousands of their users in New York state, asking them to send Schneiderman emails voicing support for the games. FanDuel said they have more than 600,000 players in the state; DraftKings said there were more than 500,000 daily fantasy players there.

The two companies, which have five business days to respond to the order issued by Schneiderman on Tuesday, have continued to take money from customers in the state, they said.

In the games, fans pay to compete for daily cash prizes based on imaginary teams assembled from rosters of real players, which accumulate points based on how those players perform in actual games. This has enabled fans to spend money on the games with a frequency that critics say is akin to sports betting.

Schneiderman's order does not apply to season-long fantasy sports contests.