Massachusetts AG Review of DraftKings Not What it Appears 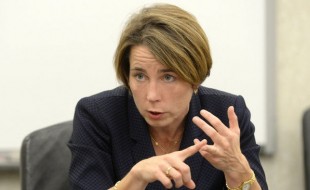 A look into one of the largest Daily Fantasy Sports sites, DraftKings, by the Massachusetts Attorney General may at first seem like a scary thing.  That is until we learn that DraftKings itself helped to initiate the process.

"Draft Kings actually came to our office and wanted to reach out and talk to us about a new industry, so we heard them out, we're hearing them out on it, and as I said, we're just looking to learn more," Attorney General Maura Healey told reporters after speaking to recovering substance addicts in Gardner Auditorium.

A federal law passed in 2006 prohibiting many forms of gambling specifically makes an exception for fantasy sports though at the time there was no such thing as Daily Fantasy Sports.  Many perceive this form of the activity more in line with sports wagering.

"The point is this: This is a new industry. It's something that we're reviewing, and we'll learn more about it," Healey responded.