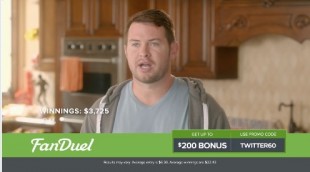 A DraftKings employee, Ethan Haskell, won $350,000 on that site using what many believe to have been information giving him an unfair advantage.

New York Attorney General Eric Schneiderman is currently investigating both FanDuel and DraftKings to determine if this may be the case.

Meanwhile, we are learning that FanDuel, which has maintained an office in New York City for the past few years, only registered with the state on September 25, oddly enough just days before Haskell’s big win.  Collecting wages in the state while not being registered can be considered a violation of New York State law.

DFS911.com Founder, Chris Costigan, who also hosted the Daily Fantasy Sports legal panel at DFSE, stated: "I don't know what the ramifications of this might be but the registration date is just another head scratcher in this whole saga having taken place the week this DraftKings employee won the FanDuel contest."