DraftKings Obtains Another $300 Million on Monday: $1 Billion in Prizes Coming 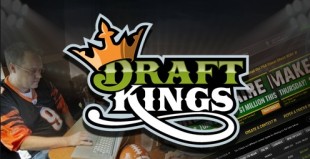 Daily Fantasy Sports site DraftKings.com has obtained another $300 million in funding, it was revealed on Monday.  The company also announced it plans to reward at least $1 billion in contest prize money.

The financing round includes investments from Fox Sports, Major League Baseball, the NHL and Major League Soccer, as well as Legends Hospitality (owned by the New York Yankees and Dallas Cowboys) and The Madison Square Garden Company (owner of the Knicks and Rangers). The Kraft Group, which owns the New England Patriots and Revolution, invested in a prior round.

Both DraftKings and its rival in the space FanDuel are now valued at a whopping $1 billion each.