It’s not just that Houston Astros Jose Altuve has been hot against the Dodgers Zach Grienke (he’s 6 for 12 at bats), the second baseman has also been hot in recent games.

Altuve has hit in eight of his last ten, but even better he’s had at least two hits in six of those games.

Grienke has had a tough time against the Astros roster, allowing 26 hits off of 78 at bats with 9 RBIs. 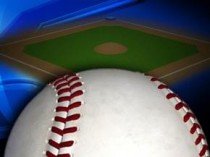 The Chicago Cubs starting pitcher for Thursday night, Jake Arrieta, is a sick .185 versus the current Atlanta Braves roster.

He has allowed just 12 hits off of 65 at bats, two of those homeruns.  This one is expected to be so lopsided that Chicago is better than a -300 home favorite at most online sportsbooks.

Arrieta has posted a 1.35 ERA and held opponents to a .166 batting average during his string of 11 straight quality starts, which started on June 21.

Cleveland’s Josh Tomlin enjoys a .188 ERA versus the New York Yankees starting batters.  This has translated into 13 hits on 69 at bats with a mere two homeruns over this time period.

Granted we thought DFS911.com had a great play with Toronto’s Mark Buehrle yesterday with a line of well over -200 in Philadelphia but he let us down big time. Today, we are feeling optimistic about Tomlin.

While Tomlin lost his first start of the season the other night against Minnesota, he did permit only two runs off of five hits in 6.5 innings of play.

The Toronto Blue Jays Mark Buehrle is a top Daily Fantasy Baseball pitcher for today, especially considering how hot the Jays have been of late.

Buehrle has been even hotter historically against the opposing Phillies batters, allowing just 12 hits off of 63 at bats.  Just a single homerun has been permitted over that time period.

Buehrle has not lost since July 6 and posted his third straight quality start last time out, holding Oakland to two runs and seven hits in seven innings to earn the win.

Want a great starting pitcher for Tuesday’s Daily Fantasy Baseball roster?  Look no further than Detroit’s Anibal Sanchez who has allowed just 17 hits off of 86 at bats versus the current Cubs batters.  Only two of those were homeruns.

With Detroit imploding, one can get Sanchez cheap while bettors can find the Tigers priced at +141.

The Cleveland Indians Corey Kluber holds a .190 ERA versus the Minnesota Twins current batters.  This has translated into a mere 30 hits in 158 at bats with just three homeruns.

Kluber was excellent in Sunday's start, striking out 10 and walking just one while holding the Twins to one run in a complete game victory.

Brian Dozier only has 3 hits in 28 at bats against Kluber.

The Chicago White Sox John Danks has allowed just 21 hits off of 89 at bats versus LA Angels batters, translating into a .236 ERA.

For gamblers, Chicago is a +105 underdog, so there is certainly value when one considers his past success against this team.

Danks is just 6-9 on the season so you’ll get him at a good price.

He took the loss on Friday against the Royals, conceding three runs on five hits and three walks in six innings. He tossed six strikeouts in the defeat. 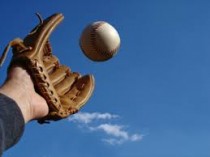