DFS911.com has your daily fantasy sports MLB picks and previews for Tuesday’s games.

Alexi Ramirez is a good play for today as he comes into this game with 8 hits in his last 10.  He is 4-for-10 against R.A. Dickey of Toronto.

Melky Cabrera has also had success going up against Dickey with 4 hits in 12 at bats including a homerun.

Kurt Suzuki hit 2-for-4 on Monday and comes into Tuesday’s game against Clay Buchholz, for whom he is 8-for-15 against.

Daily Fantasy Sports MLB Picks and Previews for May 25

DFS911.com has your daily fantasy sports MLB picks and previews for May 25.

David Ortiz is 4-for-10 against the White Sox Ricky Nolasco.  Three of those hits were homers.

The Astros Jose Altuve is 4-for-10 against Wei-Yin Chen with two RBIs.

Brett Gardner has hit in six of his last ten games but his ERA has dropped to .287 from .318 earlier in the month.  He is 6-for-17 against Jeremy Guthrie with one RBI.

Alex Rodriguez is 8-for-28 against Guthrie.

DFS911.com has your daily fantasy sports MLB picks and previews for Sunday.

Detroit’s Miguel Cabrera has been hot against Houston’s Roberto Hernandez, going 14-for-39 at bats with 3 homeruns, 5 extra base hits and 8 RBIs.

Rajai Davis is even hotter against Hernandez, going 9-for-21 at bats with 3 RBIs.

Howie Kendrick has the best ERA of the day versus an opposing pitcher.  He has posted a .517 ERA vs. San Diego’s James Shields.  That’s more than half his at bats (15-for-29) translating into hits.  He’s also had 7 extra base hits off of Shields.

Robinson Cano has terrific value vs. Toronto’s Mark Buerhrle today.  Prior to yesterday he hit five times in three games but more importantly Cano is 9-for-29 with 11 RBIs and 3 homers against Buehrle.

The Dodgers Andre Ehtier is hitting just above .300 this season.  He is 13-for-36 against Ian Kennedy of the Padres with 7 RBIs.

Likewise, Justin Turner has gone 6-for-11 against Kennedy with three extra base hits.

DFS911.com has your daily fantasy sports MLB picks and previews for Thursday’s games.

Ryan Rayburn has been hot against John Danks of the White Sox but cold overall with hits in just three games.  He has hit 17-for-42 against Danks with 11 extra bases and 12 RBIs.

Detroit’s Miguel Cabrera has gone 9-for-16 with every five RBIs.

Alexei Ramirez has gone 8-for-10 against Danny Salazar of the Indians.

Hanley Ramirez is 10-for-24 against the Rangers Wandy Rodriguez.

Daily Fantasy Sports MLB Picks and Previews for May 20 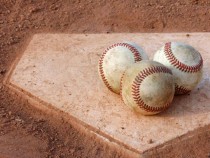 DFS911.com has your daily fantasy picks and previews for May 20 and beyond.

After a strong start to the season, Martinez has permitted 7 to 9 runs over his last three outings, escaping with just two runs on Friday against the Tigers.

He’s only faced 14 at bats on the current Mets roster, allowing just two hits. He only allowed a single run in five innings vs. the Mets last year.

DFS911.com has your daily fantasy sports MLB picks and previews for May 19 and beyond.

Bryce Harper has been on fire of late, hitting in all but one of his last ten games.  He has two or more hits in all but two of those games.  And guess what?  He is 5-for-13 against Nathan Eovaldi.

As ESPN.com notes, the fact remains that Eovaldi is plainly quite hittable. The six hits he gave up Tuesday match his low for the season, and he has already given up five home runs through seven starts.

He has allowed 16 hits on 74 at bats.  Colorado’s Wilin Rosario is the only batter with more than 3 at bats on the Rockies current roster who has hit over .300 vs. Hamels.

Elsewhere, Jose Bautista has gone 9-for-20 with 6 RBIs against the Angels CJ Wilson.

Arizona’s Chris Owings is an impressive 9-for-14 against Dan Haren.

Daily fantasy sports picks for Sunday's MLB games and beyond appear below.

Tori Hunter has had success against Archer, going 3-for-7 with a double and RBI.

Burnett earned his second win of the season Tuesday, throwing seven innings of two-run ball (one earned) against the Phillies. He gave up six hits and a walk, striking out five.