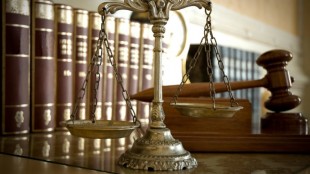 The 2011 shutdown of Fantasy Thunder -- a NASCAR-focused fantasy site based near Spokane, Washington, and in operation for about five years according to witness testimony -- was mentioned in court filings now before Judge Mendez, ESPN.com’s Ryan Rodenberg notes.

The Fantasy Thunder enforcement case in Washington -- a state with laws similar to those in New York -- may foreshadow developments in the Empire State and other jurisdictions,” Rosenberg suggests.

"[W]e are unaware of any published enforcement actions against any fantasy operators so far other than an action against a fantasy NASCAR operator in Washington State," wrote attorneys Marc J. Zwillinger and Jacob A. Sommer in a Nov. 10, 2014, letter to FanDuel CEO Nigel Eccles and NBA executive Sal LaRocca. "Some fantasy sports sites exclude Washington because it is the only state so far to prosecute an operator of a fantasy sports site."

The legal status of daily fantasy sports in Washington state may be changing regardless.

A bill to legalize certain forms of DFS was proposed in the Washington legislature earlier this year, but it was not passed. The WSGC recently completed a comprehensive 41-page study of daily fantasy and the Washington Senate held hearings on the possibility of permitting daily fantasy.

"The legislature will be the one to decide who would license and regulate DFS if it is legalized," said Newer. "If they give that authority to [us], we would do it."