Bitcoin and the Future of Fantasy Sports 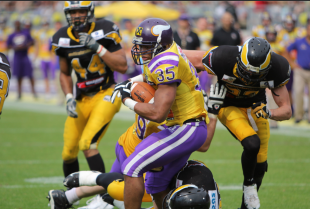 Bitcoin hasn’t gained much traction in daily fantasy sports yet but the potential benefits for the sector are significant.

The fact that the currency exists outside government regulation and can be traded in every country on Earth solves a contentious issue in fantasy sports while the immediacy of transactions has already found supporters in an area related to fantasy - sportsbooks. It’s a much more versatile payment option than dollars and it’s hard to see how daily fantasy sports websites can avoid making the leap to Bitcoin in the future.

Bitcoin has only recently gained its current position as an alternative to fiat currencies in mainstream stores and websites, with support from Microsoft, Valve, PayPal, Virgin Galactic, and several other firms helping the currency find a place in the public consciousness. A ‘cryptocurrency’, Bitcoin has the strongest presence in online casinos and sportsbooks, a sector known as iGaming.

The sportsbook on Vegas Casino, for example, has access to Bitcoin currency conversion built right into the website as well as a Bitcoin ‘faucet’ that provides small amounts of the currency (known as Satoshis, a millionth of a Bitcoin) in exchange for the completion of Captcha forms. It won’t finance a poker career but it might pay for a few games in the bitcoin casino.

The advantages that sportsbooks operating in Bitcoin offer over businesses that accept dollars exclusively belie their tender age. The oldest Bitcoin sportsbook is just five years old. However, in 2013, 25-50% of all transactions made in the cryptocurrency come from iGaming sites.

Bitcoin transactions are private, instantaneous, and irreversible. They’re not subject to things like inflation or cross-border fees (Bitcoin is something of a lifesaver for people living in countries blighted by high interest rates, such as Brazil, where the APR on a credit card can be as high as 650%) and chargebacks aren’t an issue at all.

Bitcoin’s popularity with online sportsbooks has been one of the great success stories of the emerging currency but to understand why you need to look past the spendable token itself to the technology behind it. Known as ‘blockchain’, Bitcoin has a landmark system for organizing information at its core.

Born from an essay written by a mysterious person (or people) called Satoshi Nakamoto and disseminated through a cryptography newsgroup back in 2008, blockchain has high-profile fans in Bill Gates and Sir Richard Branson. How does it work? Try not to think of blockchain as part of a currency; it’s simply a way of collating and ordering assets.

Any kind of digital information can be stored on the blockchain in ordered groups called ‘blocks’. In the case of Bitcoin, the blocks form a record of every transaction made in the currency. As each block contains data that refers to other blocks, unauthorized changes cause a cascade effect within the chain. For this reason, fraudulent entries are easy to spot.

The technology may sound overwhelming but one of the quirks of Bitcoin is that experience with cryptocurrencies is not required to actually spend it; in other words, all you need to become a Bitcoin aficionado is a digital wallet, a few dollars to convert, and the desire to get on board with the currency. That’s it.