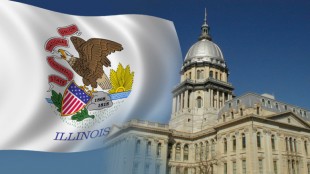 Illinois lawmakers are considering a bill that would legalize and tax online Fantasy Sports betting.

An Illinois House Committee has approved a bill which would allow websites like FanDuel and DraftKings to legally operate despite objections of the Illinois Gaming board, the gambling industry, and some state lawmakers.

The measure would ban company employees as well as those under the age of 21 from playing Daily Fantasy Sports games for real cash.

Not everybody was on board with the legislation.

Democrat Scott Drury argued, "By doing this we're opening the door to legitimizing gambling for minors, causing a huge social impact down the road and I just wish the committee and the committee chair would have given this bill the appropriate time that it took."

Drury told WLS AM, “They’ve been pushing this product as quickly as they could to get it popular.  And now the argument is, ‘We’re so popular that you have to keep us legal.’  In committee yesterday I said, ‘Well, we have a lot of products that are popular that we don’t make legal’, and I’m not making light of it but there’s a huge heroin problem in the State of Illinois, but I don’t think that anyone’s rushing to legalize it because people are using it and because it’s become popular.”​