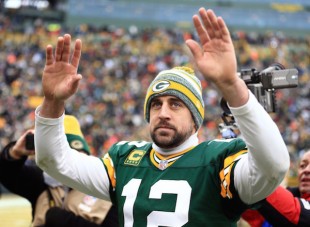 Last week, Rodgers completed 22-of-43 passes for 202 yards with one touchdown and one interception and rushed four times for 33 yards in the Packers' Week 12 loss to the Bears.

Rodgers performance came amidst some inclement weather conditions that were widely forecast by DFS911.com sister site Gambling911.com ahead of that game.

Gambling911.com had Rodgers as a solid fantasy play for Thursday night despite the recent woes as Detroit still features a poor pass defense.

The Packers, incidentally, were seeing nearly 75% of the action on the -3 spread Thursday night and 71% on the money line to win outright.