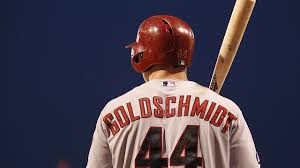 One of the hottest daily fantasy prospects this week will be Washington’s Wilson Ramos, 9-for-13 against R.A. Dickey and .277 on the season thus far so the price will be right Monday night.

Just make sure he’s in the lineup.  Ramos hasn't had a starting streak longer than four games or shorter than three in the 2015 season.

Monday – Matt Holliday, Jhonny Peralta and Jon Jay have all excelled against Matt Garza.  Each has been hitting well of late.

Matt Carpenter has been hot and is a 4th consideration for the St. Louis roster Monday.   He has had mild success against Garza.

Monday – Jason Hammel has permitted 25 hits off of 76 at bats versus the current Marlins roster.

Giancarlo Stanton has gone 5-for-12 against Hammel with one homerun.

Martin Prado has hit in nine of his last ten games.  He’s 6-for-16 against Hammel with 3 RBIs.

Ichiro Suzuki was in the midst of a cold spell coming into Sunday.  He has hit 8-for-20 against Hammel.

Neil Walker has been solid against Ryan Vogelsong, going 7-for-16 with four extra bases.