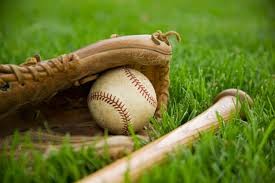 There are some hot pitchers today that have ERAs well under .200 facing their respective team’s rosters.

CJ Wilson of the Angels is 16-for-95 facing today’s Yankees batters with just a single homerun.

Clay Buchholz is 17-for-95 against today’s Oakland batters.

Chris Archer is 11-for-78 against today’s Mariners batters with 6 RBIs.

We really like Archer today though. Archer lit up the Angels on Tuesday, throwing 8.0 innings of one-run ball and registering a career-high 15 strikeouts.  He has only permitted two runs in four games, making it through the 8th in his last two starts.   Archer actually makes for a good play on the Daily Fantasy pitcher front.

Mike Montgomery (Seattle) – He failed to win in his debut start the other night against the Yankees but only registered a single run in six innings.

The Rangers Prince Fielder is 12-for-24 against Jeremy Guthrie while Miguel Montero is 7-for-19 against Jordan Zimmermann.

Anthony Gose has had success against The White Sox starting pitcher Jeff Samarxsija, going 4-for-8.

Matt Kemp is 6-for-13 against Johnny Cueto.