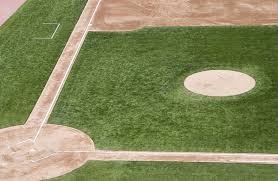 Detroit’s Anibal Sanchez presents a solid option as well with 17 hits allowed on 72 at bats against the current Angels batters.  Only two of those were homers.   He’s a little more risky, but with two bad outings DFS911.com believes he’ll be on the mark today.

Juan Lagares happens to be one of those who has hit well against Haren and provides some value today for DFS players.  He’s hit in seven of his last ten overall and has gone 5-for-12 against Haren.

The Twins continue to be on a roll this season.  Tori Hunter has certainly contributed to this success.  He’s hit his past seven starts and has 16 RBIs against Mark Buehrle of the Blue Jays in 93 at bats.

Brian Dozier is 2-for-3 against Buehrle and has scored in his last five games.  Kurt Suzuki is 11-for-28 against the Toronto starter and has four hits in his last three.

Matt Joyce of the Angels has gone 5-for-15 against Sanchez with 4 extra base hits and a homer.  Despite his poor ERA on the season he is averaging .381 over the last seven days.

Wilin Rosario is one of the few who has had much luck hitting against the Phillies star Cole Hamels.  He’s 6-for-15 against him with 4 RBIs.  He enters this game with a decent .296 ERA.

Carlos Ruiz you will need to have on your roster today.  He is 4-for-5 against Colorado's Chad Bettis.

Detroit’s Yoenis Cespedes is 4-for11 vs. the Angels Hector Santiago with 3 RBIs.

You will want to pay special attention to red hot Nori Aoki on Sunday May 31.  He is 3-for-4 hitting against Atlanta’s Julio Teheran.  He hit 2-for-4 with one run the other night against Shelby Miller.