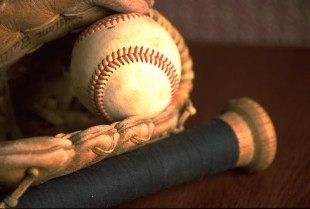 DFS911.com has your Daily Fantasy Sports MLB plays for June 9.

Jeff Francoeur was 2-for-4 with four RBIs thanks to a homer on Saturday for Philadelphia. He was 1-for-1 on Sunday.  He’s hit in six of his last ten entering this week, four of which included at least two hits.

Maikel Franco – Was 2-for-4 hitting Sunday.  He hit in his last six coming into Monday’s game following a little slump.  Franco went 2-for-5 with a home run and three RBI in Wednesday's win over the Reds.

Ben Revere - Revere went 3-for-4 with a double, a triple, a steal, an RBI and a run Thursday against the Reds, all against DeSclafani.

Ryan Howard – Was 2-for-4 hitting on Sunday.  He is 1-for-6 against DeSclafani however.

Joey Votto – Votto hit 2-for-4 Sunday with one run scored. He hit 1-for-2 Saturday with three runs scored.  He is 3-for-8 against Harang.

Todd Frazier – Has hit in seven of his last ten games coming into this series.  This includes three homeruns.  He is 4-for-14 against Harang with three extra base hits.

Ian Kinsler was 2-for-5 Saturday and 2-for-4 Sunday.  He has had seven hits in his last four games.

Miguel Cabrera homered and had two RBIs Saturday.  He was 3-for-4 on Sunday.  He is 12-for-23 against the Cubs Jon Lester.

J.D. Martinez was 2-for-4 Sunday against the White Sox.

Victor Martinez was 9-for-18 against Lester with one homer.

Dexter Fowler went 2-for-4 on Saturday.

Anthony Rizzo went 2-for-4 on Saturday with an RBI.  He went 2-for-6 against Sanchez.

Jonathan Herrera went 2-for-4 on Saturday.

Kris Bryant went 3-for-4 on Saturday with a double and triple.

Chris Denorfia went 3-for-5 with a run on Saturday.  He has gone 2-for-4 against Sanchez.

Shin-Soo Choo went 2-for-5 Saturday with a double, a run scored and two RBI.  He’s hit in seven of his last ten starts.  He was 4-for-13 against Gray with 2 RBIs.

Josh Reddick has hit in five of his last eight games with two of those involving triple hits.  He was slumping a bit prior to this time.

Brett Lawrie has not hit in his last two games but hit in all eight previous to that one.

Edwin Encarnacion is 8-for-22 against Dan Haren with two homeruns.

Carolos Gomez is 9-for-16 at bats against Liriano with two homeruns.  Gomez has hit 9-for-26 at bats over the past seven days, making for an excellent roster pick.  He’s hit in nine of his last ten games