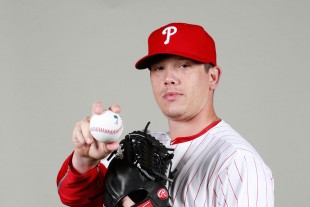 On Wednesday, we have The Marlins Wei-Yin Chen (5-3) as the probable starter.  He allowed four runs on six hits and one walk while striking out five over six innings, but received no decision Friday at the Cardinals. Philadelphia’s starters have hit 19 in 62 at bats with two home runs.

But who we really like here and someone probably off the radar is the Phillies Jeremy Hellickson, especially with the Phillies playing better than .500 ball over the past month.

Hellickson (6-7) gave up four earned runs on seven hits over six innings in Friday's 5-3 loss to the Mets. He struck out five.  He has pitched six innings or more in nine of his last ten starts.   Hellickson has permitted more than three runs in only seven of his last ten starts.  In 19 games this season, he’s only allowed more than four runs in three starts.  Two of those games were against Washington.   He has also struggled against the Mets.  This season he’s allowed two runs against Miami in a win and three runs in a no decision.

Best of all, Hellickson has allowed no more than 25 hits off of 113 at bats versus with two of those home runs against the current Miami lineup.

All of this said, you'll still want to consider Christian Yelich facing Hellickson as he has gone 5-for-11 versus the Phillies starter and has been red hot as of late.