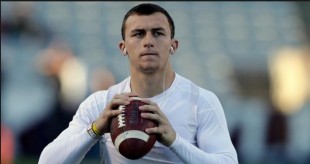 Both Josh McCrown and Johnny Manziel are priced around $5K at Daily Fantasy NFL sites like Star Fantasy Leagues.

The Cleveland offense might very well be the black hole of fantasy production in 2015, reports FFToday.com.

In McCown you have a career back-up who is on his seventh team in 12 years. With Manziel you have a walking punchline that in serious danger of flaming out of the NFL in only his second year.

Hardly a team one wants to focus on when it comes to DFS quarterbacks.

In fact, only Isaiah Crowell truly ranks as a Daily Fantasy consideration when it comes to Cleveland.  The running back carried five times for 14 rushing yards in Thursday's preseason game against the Bills August 20.