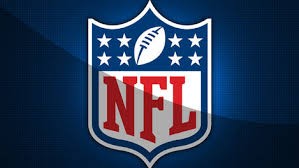 DFS911.com has been studying some solid Daily Fantasy NFL picks for Week 3.  We list a few below.

Patriots running back Dion Lewis ($4.2K) has been dominating but he’s also had a few too many fumbles.  He could end up seeing more touches than LeGarrette Blount over the remainder of this season.  Lewis is a good option against Jacksonville Sunday.

Rob Gronkowski ($7.4K) will cost you but Gronk also delivers week after week.  He enjoyed seven catches for 113 yards and a touchdown in the Patriots' Week 2 win over the Bills.

Julian Edelman ($7K) does require some consideration this week after unleashing 97 yards and two touchdowns on 11 catches against the Bills last week.  Tack on a 12-yard rush as well.

Joseph Randall ($5.1K) is at the right price versus this Atlanta team that can’t defend running backs.  This will be Randall’s time to shine, something he has yet to accomplish in the past two games.

Adrian Peterson ($8.9K) had a great day this past Sunday.  He rushed 29 times for 134 yards and caught two passes for 58 yards Week 2 against the Lions. He will have to do just as good or better to make value with this steep price tag.

Danny Woodhead ($6.4K) is the better option here though he is coming up in price and this will likely be the last week you’ll get him at this value.

Jared Cook ($2.6K) is an excellent option at tight end despite his inconsistency.  That’s because he’ll be facing a Pittsburgh team that is easy to exploit defensively, especially on the road.   Cook caught 5-of-7 targets for 47 yards in the Rams' Week 2 loss to the Redskins.

Remarkably, despite the Saints allowing the sixth-most fantasy points to wideouts since the start of last year and presenting excellent fantasy opportunities across the board, there is little to choose from this week.

Cam Newton ($6.8K) does have some decent value for Carolina.  In two of four games against New Orleans, Newton has scored over 30 fantasy points.

Greg Olsen ($4.8K) The Saints, as noted, are vulnerable against opposing wideouts.