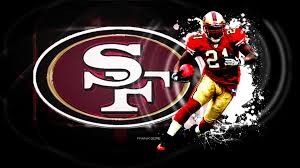 Gambling911.com has your San Francisco 49ers Daily Fantasy Football picks for 2015 with early season pricing courtesy of StarFantasyLeagues.com and subject to change.

It's gonna be the Carlos Hyde show, and Bush is a much bigger name than the actual production he offers. A better pass-catcher on third down than he gets credit for, Hyde is not coming off the field as much as people think. Bush is injury-prone as well, and his role on the Niners is little more than running back depth at this point.