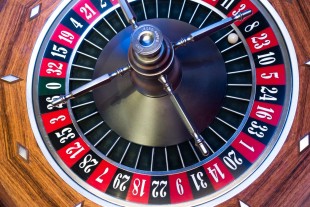 It is safe to say that mathematics has never been the most popular subject back at school. While students have come up with many excuses over the years, the lack of tangible, practical use of this mathematical knowledge is definitely a legitimate reason for disliking maths.

The practice of gambling, on the other hand, has existed for as long as many can remember, but hardly anyone has associated it with maths. In fact, a lot of calculation is being done behind the actual gameplay, both determining the outcome of the game and the players’ bets and moves.

This intertwining of gambling action with maths has resulted in a specific gambling maths vocabulary. These terms refer to mathematical processes, but in the way that they apply to the specific gambling games generally.

By definition, probability represents the likelihood that a certain event will happen, i.e. that out of all potential outcomes, a specific one will occur. As explained at NetBet, probability can be expressed as a fraction, as a decimal (if you divide the fraction), as a percentage (if you multiply the decimal x100) or as odds (explained below).

Odds are often identified with probability, but there is one key piece of information expressed by them, and not by the former term. Namely, odds allow players to gain insight into the likelihood that their desired event will occur in spite of all the other potential ones. Moreover, this allows the player to use said odds and make an informed decision on their staking strategy – what bet to make and how much to risk.

Simply put, expected value denotes how profitable a bet is going to be in the long run. A positive expected value denotes profit, while a negative denotes loss. Either way, you can calculate this in mathematical numerical terms – multiply the probability of winning with the amount you’d win, and then multiply the probability of losing with the amount you’d lose, and ultimately add the results.

The final sum of these two results is the player’s expected win, if it’s positive, or loss, if it’s negative.

Just like the first two gambling maths terms, this one is related to its predecessor. Practically, the house edge is considered the expected loss a player is bound to experience when playing a specific casino game. It is expressed in percentages, and is best calculated over the course of a longer run of gameplay.