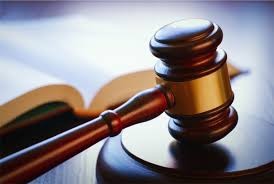 Judge Manuel Mendez will decide on whether Daily Fantasy Sports sites DraftKings and FanDuel can continue to operate in the state of New York in one to two weeks.  He opted not to make his decision at the conclusion of Wednesday's hearing.

NY Attorney General Eric Schneiderman ordered the two companies to stop conducting business in the state after determining their activity to be a form of “illegal gambling”.

Six attorneys representing Schneiderman’s office were on hand presenting their arguments, most of which were highlighted here.

Among the arguments presented: The AG would not consider spelling bees a form of illegal gambling, though betting on outcome of spelling bee would be.  They also cited a case in which a Court concluded in a cigar trading contest that even educated prognostications were considered to be “guesses".

The state also argued that the element of chance comes after line ups are selected.

The state was not asking the Court to shut down DraftKings or FanDuel but rather to prevent them from operating in New York.

Attorneys representing the Daily Fantasy Sports firms claimed that an entry fee is not considered a bet since it is not “staking something of value”.

They highlighted three areas consistent with the “game of skill” component:  Results differentiation, replication and player improvement over time.

The attorneys also suggested that “fluke events” mentioned by the State can occur even with spelling bees, for which the AG attorneys proclaimed to be legal contests.

Jude Mendez commented that, while you need skill to pick the players in a Daily Fantasy Sports contests, you are also relying on someone else's skill to play the game.

Attorneys for DraftKings and FanDuel argued that Daily Fantasy Sports is not gambling on a number of grounds including the amount of work required by players to select a roster of players and asked the Court to consider the applicable Humphrey v. Viacom case.

Following a one hour lunch break, lawyers for the DFS industry raised the question that has frequently been posed by DFS911.com: If seasonal fantasy sports contests are legal, along with the prizes and entry fees, than the same should hold true for Daily Fantasy Sports.

Another important point raised by one of the attorneys representing the DFS companies, horse owners can bet on themselves and therefore influence the outcome of a particular race.  There are questions as to whether those participating in Daily Fantasy Sports are able to influence their own contests.

Following the state's rebuttal, Judge Mendez asked his second question of the day, requesting that state attorneys clarify the difference between regular season long fantasy sports and Daily Fantasy Sports.   The judge did appear dumbfounded as to what the difference might be and why one would be legal over the other.

Boies said in his closing argument that FanDuel is entitled to a hearing and a fair trial before being shut down in New York.